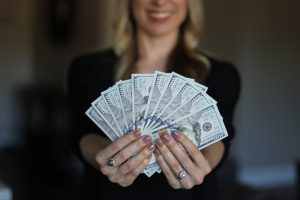 In 2020, each person can give away $11.58 million during life. Whatever portion they haven’t used during life, they can use it at death. However, that generous exclusion will be cut in half at the end of 2025. Beginning in 2026, the exclusion will be only $5 million adjusted for inflation from the 2011 base year. If you use the exclusion before it falls back, you won’t be penalized by a “clawback” upon your death in 2026 or later.

For example, let’s say Mary has $11.58 million and gives it all away in 2020. Let’s assume she lives off her social security and dies with nothing in 2026. She would not owe any estate tax, even though she had given away $11.58 million and the exclusion at her death in 2026 is half that amount.

In other words, if Mary uses her exclusion before 2026, she won’t have to worry about having to pay estate tax because of the gifting she did of an amount within the exclusion during her lifetime, even though that exclusion later decreases.

A shift in power in Washington after the 2020 elections could bring those voices to power and see their vision realized. Does that mean Mary could wait until legislation is passed by Congress and signed by the President to act? Again, unfortunately not. Legislation could be passed late in 2021 and could be retroactive to January 1, 2021. In other words, to be safe, you would need to act before the end of 2020.

For a married couple, perhaps the best way is for one of them to give their full exclusion into a trust for the benefit of their spouse and descendants. This is called a Spouse And Family Exclusion (“SAFE”) Trust (also sometimes called a Spousal Lifetime Access Trust (“SLAT”)). Let’s look at an example. John and Liz are married and have $15 million. John could give $11.58 million to a SAFE trust for the benefit of Liz and their children and grandchildren. Liz could be the trustee of the trust and decide how the assets are invested and distributed, within the ascertainable standard set in the trust (typically “health, education, maintenance, and support”). The assets in the SAFE trust are outside both John and Liz’s estates.

By doing this, John and Liz would have taken advantage of John’s $11.58 million exclusion and would not have an estate tax due even if the exclusion falls back to $3.5 million. Even better, Liz still has control of the money and can use it for her own benefit and that of their children and grandchildren.

Having planned now, John and Liz can rest easy and not worry about what legislative changes might be coming after the election in November.

There's a lot that goes into setting up a comprehensive estate plan, but with our FREE worksheet, you'll be one step closer to getting yourself and your family on the path to a secure and happy future.